Glenn Loughrey is an Anglican Priest in the Diocese of Melbourne and the Vicar of St Oswald’s, Glen Iris. He identifies as a First Nations Person and is proud to be Wiradjuri. He is an artist, writer and speaker whose style sits at the intersection of the two worlds in which he lives, the First Nation Heritage of his father and the Englishness of his mother. His art and writing recognise both the originality and the similarity of his two worlds and is an authentic attempt to keep them in conversation.

Another Time Another Place Towards An Australian Church 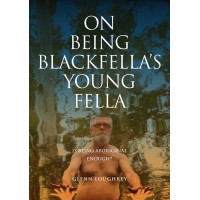 On Being Blackfella's Young Fella

Is Being Aboriginal Enough?'I discovered no matter how good I was, I was never good enough.'This is ..