Did not our hearts burn within us as he talked to us on the road and explained the Scriptures to us? (Luke 24:32)

The response of the disciples on the road to Emmaus has become a model for all Christians who long to have their eyes opened to the meaning of the Jesus event and its significance for their lives. And over the centuries, people have found a variety of ways of exploring the Bible to understand its message.

Hearts Burning Within Us is a program for prayer in this tradition. It offers fifty separate units, based on readings used in parishes and selected from the major seasons and festivals of the church’s year, as well as some general themes.

The process involved is simple and detailed. It includes informed and practical background to the chosen texts; and advice for individuals and groups to deepen their understanding of the selected passages.

Lectio divina is the recommended way of approaching the texts. It is a method that comes to us from the Benedictine tradition, whereby groups and individuals spend time with particular verses to deepen their awareness of its meaning and application to daily life.

Included in the resource are detailed and practical suggestions for how to use Lectio Divina, making it a useful and effective way of accessing the biblical texts. Yet the program is sufficiently flexible to be used in other ways.

It was the dream of the Second Vatican Council that Catholic Christians would grow in their knowledge and understanding of Scripture. Hearts Burning Within Us is a serious response towards the fulfilment of that dream, serving as a simple, accessible and structured program of formation for individuals, parish groups or anyone who wants to encounter the risen Christ in their lives.

Peter Malone is a Missionary of the Sacred Heart who has taught Old Testament Studies and Theology at the Yarra Theological Union, Melbourne.  He also headed the Catholic Film Offices of the Pacific and Film Offices at world level, including being President of SIGNIS (World Catholic Association for Communication) 2001-205. He has written a number of books of religion and film, especially Screen Jesus. He has been reviewing films since 1968.

Hearts Burning Within Us 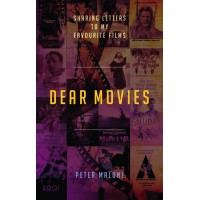 In Dear Movies, Peter Malone draws on his long experience of film reviewing and of writing and leadi..